Algorithmically generated unique digital collectibles are the Mona Lisa and Starry Night of the contemporary digital world. Build a blockchain-powered platform to buy and sell these virtual assets and rake in profits. As humans, we have always been creative from the days of the cavemen until now. But there seem to be margins drawn to the extent of our expressiveness throughout history. Blockchain technology is the breaker of walls that have put down these constraints in the name of NFTs.

Artists are now given complete freedom to enunciate their thoughts into works and get recognized for it in the new decentralized world. Bored Ape Yacht Club (BAYC) is one such fine example of the vastness of creativity. Also, it has received acknowledgement and appreciation in terms of monumental investments.

Recently, at the Sotheby’s auction, a set of 101 cartoon ape faces were sold for $24.4 million, surpassing all experts’ predictions. Following this, another set of 101 digital dog faces from the Bored Ape Kennel Club (BAKC) was sold for $1.8 million.

Along with these Bored apes, there are even other collectibles like Blitmap, CryptoKitties, CryptoPunks, Cool Cats, etc., being sold for millions. If you are a creative person with a mind-boggling idea in your head? Give life to it by developing virtual assets and a marketplace for aesthetes to buy and sell them. What Is A Bored Ape Yacht Club Clone?

Bored Ape Yacht Club Clone is a solution to develop a NFT marketplace to buy and sell digital faces like Bored Apes.

Talk to our team of NFT experts to know more about digital collectibles and the marketplace.

Bored Ape Yacht club is a collection of 10,000 digital faces of apes. They are algorithmically generated out of 170 possible traits, which includes background, clothing, earring, eyes, fur, hat, mouth, etc. Each ape is an ERC-721 token stored on the Ethereum blockchain network. All these ape faces are hosted in InterPlanetary File System (IPFS), a decentralized cloud storage system.

Also, these digital apes are not mere collectibles but a membership card to be a part of the Bored Ape community. These cards will open doors that non-members won’t have access to, especially the BATHROOM- a digital canvas to scribble thoughts. There will be many more perks that will be redeemed over time with the upgradation of the club as per their planned roadmap.

The team of BAYC has come up with a few traits that distinguish each ape face from the rest. These include,


As an entrepreneur, you can come up with something similar to this and attract the collectors big time. The creative team of Appdupe can also help you with brainstorming to come up with possible traits that make each digital character unique.

Give Life To Your Creative Ideas For Pixelated Assets By Building A NFT Platform Now!

Talk To Our Tech Geeks

Perks Of Being A Member Of The BAYC Clone Community

To be a member of this digital community of craziness, the individual has to own a pixelated asset. As an entrepreneur, you must be aware of the benefits the Bored Ape Yacht Club offers to its members to make them stay loyal and, of course, attract many more investors. It can be an inspiration for your algorithmically generated collectibles marketplace.

The roadmap of this nutsy club still has a lot of events planned for their community which will be opened over time. They are cultivating a holistic experience for their gang members apart from just value addition.

Ensure you plan a roadmap similar to this dope community and offer your loyal fans a bundle of benefits they would love to participate in. 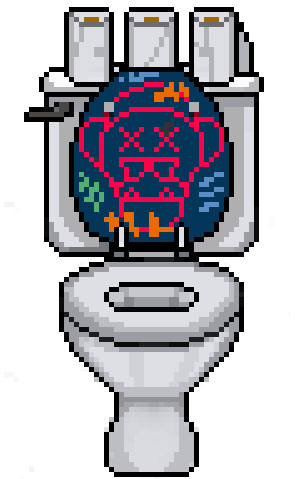 Dream big and build a limitless vision to hook up your team with numerous interesting activities. Keep it fun as every human wants to earn while merrymaking.

The BATHROOM Clone from our Bored Ape Yacht Club clone can be a new start in the world of NFTs. It is a collaborative canvas where each owner of the pixelated asset can write, scribble, draw, or scrawl anything in their mind every 15 minutes. It is a digital art trial to create something new as a community.

It could also be a virtual graffiti wall with an arbitrary expression of perceptions from every pixelated art collector, a virtual Twitter wall maybe.

This is an activity that takes all the community members for a fun ride. Offering your fans an opportunity to bestow their playful side can increase their loyalty towards the community.

What Are BAYC Clone Tokens?

BAYC clone tokens are ERC-20 token derivatives of Non-Fungible Tokens (NFTs) representing a pixelated asset from the Bored Ape Yacht Club Clone. These BAYC clone ERC-20 assets are created as an initiative to add liquidity to the NFT, which innately are not.

A digital asset owner deposits their crypto collectibles on the liquidity pool to receive 95 BAYC clone Ethereum Request for Comment (ERC) 20 tokens. At the same time, the remaining five tokens are contributed to the factory to be handed out to the $MUSE holders.

Once the token derivatives are live on the liquidity pool, they can be traded with BAYC clone 20/ETH pair on Uniswap, an Ethereum-based decentralized exchange, and start yield farming.

To redeem back the digital collectibles, the owner of the holdings has to pay back 100 BAYC clone ERC-20 derivative tokens to the Liquidity Provider (LP) farm. 1 The BAYC clone platform has a limited number of pixelated portraits enlisted.

2 The pixelated portraits are generated in a specific quantity to maintain scarcity and thereby raise exclusivity.

3 Every collector will have to register themself with the trading platform by undergoing the KYC verification process.

4 Once the aesthete is on board, the first and foremost thing to do is connect their digital wallet to the NFT marketplace.

5 The sales status of the Bored Apes Yacht Club (BAYC) clone will be published.

6 The digital collectibles with active bids, the ones grooving to be enlisted for auction, and have no active bids are all listed.

7 The collector bids on the assets available for sale, and the highest bidder wins the auction.

8 Upon a successful auction, the pixelated asset will be transferred to the new owner.

Create A Marketplace To Buy And Sell A Unique Collection Of Digital Assets Like Bored Ape Yacht Club.


Connect With Our Crypto Geeks

Indivisibility The pixelated assets cannot be divided and have to be held or possessed by a single owner at any cost.

UniqueEach and every collectible is unique and is a combination of certain features that no other digital artwork exhibits.

Limited AvailabilityThe total number of collectibles generated in finite numbers and are short in supply, increasing the demand.

Proof Of OwnershipThe data of the ownership of an asset is recorded on a digital ledger making it immutable.

Appdupe has a well-experienced team when it comes to blockchain,crypto, and DeFi. We have worked on diverse NFT projects adding up to our proficiency.

We plan, create a roadmap and stick to it. When we give you a date you get the project delivered on or before the deadline but never late.

Appdupe has been providing pocket-friendly solutions for a long time now when compared to other NFT app development companies.

Let’s introduce your brand to the NFT phenomenon in style with a modern marketplace glowing with your logo and a unique design like never before.

You have a query, we are just a call away. Don’t bother with the time or day as we are always available for our clients.

We build you a White-label Bored Ape Yacht Club Clone by using the best tech stack available, so you are always the best when it comes to performance.

1. What is a Bored Ape Yacht Club Clone?

Bored Ape Yacht Club clone is a NFT marketplace for unique pixelated collectibles with added fun for the collectors like exclusive membership, access to BATHROOM clone and more.

2. Is there any restriction for the number of collectibles to be enlisted in the platform?

No, the platform is compatible for a humongous amount of collectibles powered by blockchain technology. But, it is always better to list a limited number of virtual assets to keep it rare.

3. How long does it take to develop an NFT trading platform?

It takes way too less time when compared to building it from scratch, probably weeks. But the exact time totally depends on the requirements you ask for.

4. What is the viable number of pixelated faces to generate?

Widely, most of the algorithmically generated digital assets opt for 10,000 in numbers. However, it depends on your idea and the type of art you will be creating and selling.

5. What are the other NFT marketplace solutions you offer?

You name it and we will help you build it. We can help you create NFT marketplaces like OpenSea, Rarible, SuperRare, Nifty Gateway or NFT gaming platforms like Axie Infinity, Sorare, ZED RUN, or NFT real estate platforms like Decentraland, The Sandbox and whatnot.

PicMix and PicYou are almost exact clones of Instagram. MyCityDeal and Wimdu are clones of Groupon respectively. The only thing companies can patent is methodology for achieving an action or leading to an endpoint. If you can figure out another way to do that, without infringing on others IP, you totally can. We could, so we did.