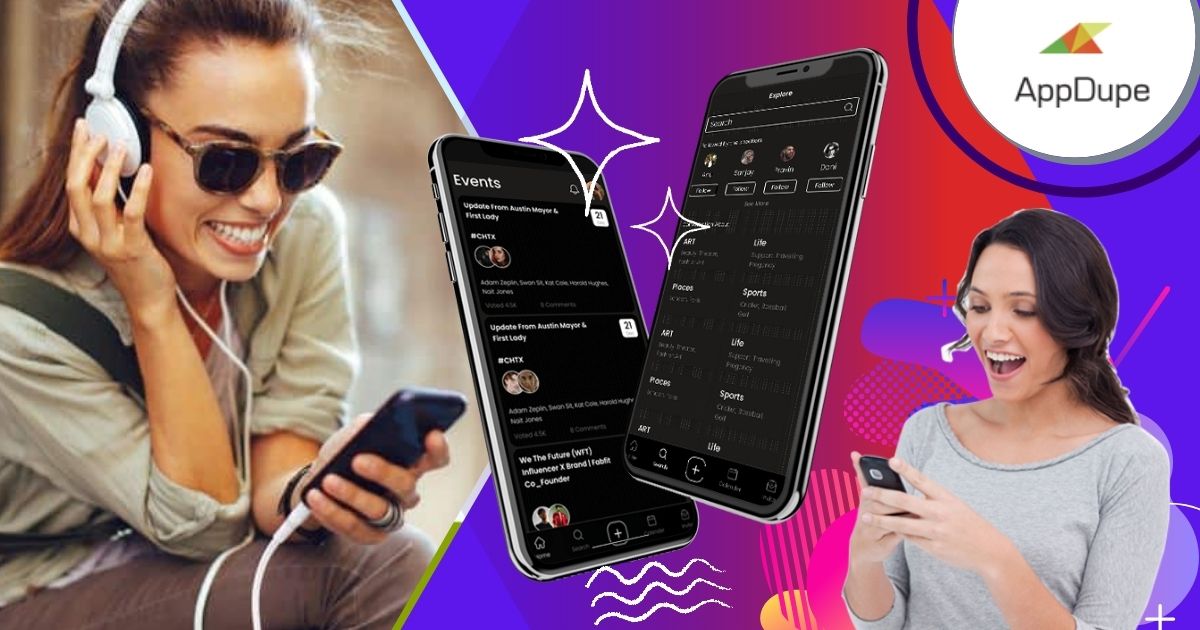 With curious contents about the app springing up every day, we find Clubhouse really attractive, agree? We know that you have been reading about the app in newspapers, articles and even in blogs like ours. The app is not new to become the grist of the gossip mill, neither is it unique to inspire even the tycoons. In this blog, we’ll circle around the new topic or wave that it has created in the social media app market. Shed spotlight on our trailblazer- Clubhouse

Clubhouse, the audio-based social media app that makes everyone lend their ears to hear about its news, is always trending. We know about the app’s success, of course, but that is being overpowered by how other most popular social media apps have been stalking the Clubhouse. So far, it has been social media apps like Instagram and Facebook that inspires budding entrepreneurs and startups to try out the features in their app. However, in this case, it is the other way around.

The Clubhouse is an audio-based/invite-only social media app startup from Silicon Valley. The app that is still in its beta version and that too just on the iOS platform is earning millions of users and revenue. Though the app has been in existence for a year now, there has never been a day or month without any news about it.

Let’s look at the recent advocacies of the tycoons

Followed by these, we are going to see one more popular social networking app that has come under this roof.

LinkedIn is a social networking site that we all know about. Known for its unique professionalism and employment services, it can be quite intriguing to know what kind of services it is bringing. Well, the answer is right here. The organization is about to get a social audio feature to its app. But what’s going to differentiate this feature from other apps is that it will be connected only based on the users’ professional identity and not just like any social profile.

Why the contemporary addition?

The company is looking to create a unique audio experience that users can apply with their professional identity. The driving force for the company to introduce this new feature is because it has seen 50% growth in conversations reflected on the platform because of the stories, video shares and posts. Aiding to this growth and kindling the interest of creators, the company has moved to develop a Clubhouse-like feature.

The feature will have a stage showcasing, and a set of listeners will be displayed below. There will also be tools for the users to

The future plan that the company has is to impregnate the audio experience into other areas like Groups and Events, where the people can grow the network with professionals and benefit from it. With the pandemic situation still prevailing in many countries, LinkedIn believes that it will surely accelerate the online networking rate.

What is so special about Clubhouse?

You would have already known the answer to this question, though, right? Though the name is a social media app, it opens doors for many purposes other than just letting people voice-chat with each other. Unlike other social media apps, the app helps people have direct communication with anyone and with experts, especially.

During this pandemic, people had an urge to interact with people as they were locked up in their houses. By providing a natural essence to all the conversations because of the spontaneity and mode of communication, it is turning our thinking about social media apps. The vicious competition that the app has been experiencing is proof enough for it.

How can you benefit from the same?

You can cater to millions of users and a stage to speak their opinions, to debate or discuss with the industry experts and to connect with even friends by launching a platform like Clubhouse. So there is not just one opportunity for entrepreneurs to gain high popularity. If you are a business owner, too, take this better chance to launch an app with a ready-made Clubhouse clone script.

Your turn to inspire people with the best app is here! Set in motion the Clubhouse Clone

Connect on WhatsApp Talk to our experts