Web3 unifies the decentralized technologies under one roof, thus ensuring a seamless and frictionless trade. This decentralized internet substantially gets into the gaming industry, thus featuring a diverse range of gaming ecosystems.

Specifically, web3 gaming induces its technologies to set ownership rights of the in-game assets and decision-making aspects of a digital smart contract. Thus the intervention of centralized authorities or any other intermediaries is strictly prohibited.

The integration of blockchain and smart contracts lets the players raise opinions for the enhancement of the platform. Web3 sets the play-to-earn model in motion from pay-to-play conventional gaming systems. This eccentric blockchain gaming also allows players to earn premium rewards and diverse monetary methods when participating and even winning subsequent levels.

This endurable gaming platform captivates the attention of massive gamers as players can certainly gain the privilege of owning the in-game assets, which are nonetheless NFTs. Cross-compatibility in other platforms is due to the interoperability of these in-game assets can also be accessed in other blockchains.

As we are prudent in optimizing these revolutionary games of web3 according to players' perspectives, you can partner with us to exploit our services.

Wanna give a test ride of our NFT collections? Make your footprints on our exclusive NFT collectibles - Microbuddies. It is an NFT strategy game that indulges cute and adorable collections of microbes that are emphasized with the production of GOO - native currency.

We dealt with their project, handing from pilot scale to its accomplishment. The client is surpassing huge revenue with their extensive gaming experience portfolio that leveraged infinite audiences. With a meek passion, we also revolutionized their gaming with a lucrative gamut of our marketing services. Bag piles of cryptocurrencies at just one tap on XT.com, a massive revenue generator in this crypto economy. A leading firm that adopted and utilizeds our tech stacks and now skyrocketed with a brilliant NFT marketplace and cryptocurrency exchange platform.

We unified their goals to make the fascinating marketplace for showcasing digital avatars, built XT smart chain features, and enabled the platforms on multiple devices. Our partnership with EOS has led to substantial development of blockchain platforms, especially dApps administered with a top speed of transactions, proven configurations, and security above the threshold. We utilize their compliant technological stacks that can manipulate the features of the inventive platforms leading to the finest inspiring business-grade services. We widen our scope by tailoring their standalone operating systems and adaptive technologies at one shot. Inching every small step to accomplish our dApps, we partnered with Polygon-Matic, a leading blockchain firm. Polygon is an off-chain or decentralized Ethereum scaling platform that handles transactional operations with high throughput. Sequencing the Ethereum scaling solutions and frameworks to meet the requirements of building dApps is our vision and reason for the partnership. Uncoiling fast-driven transactions, low gas fees, and low carbon fuel expenditure will enhance the usability of the platforms.

Web3 gaming creates a noble world of enthralling gamers and players who can seamlessly monetize rewards as NFTs and cryptocurrencies. A grid of web3 games comprises decentralized technologies, smart contracts, and unique and existing gaming tokens built with high-end software.

Stay locked into our one-stop shop to explore our development services!

Web3 gaming levitates a win-win situation for both the players and the entrepreneurs. In-built with a multitude of features, 3D or 2D digital space, gaming software, and game designs are the other variations through which these games can be inherited. Following are the irrefutable features in the gaming technology:

Web3 gaming places the players preferential aspects like monetizing in the first place. The decentralized nature of web3 gaming endures the platform to be permissionless, run on open-source code and decentralized. Running this relay, it is still more technologized by launching NFTs, blockchains, smart contracts, machine learning and artificial intelligence.

Play-to-EarnNot lunatics or fanatics to stun! Web3 now gives the boon to the game creators as well as the players to attain benefits. A huge oscillation of efforts of the players will reverberate as diverse cryptocurrencies or NFTs. This unique game model will let the players to explore and obtain in-game assets and rewards.

InteroperabilityA billion-mark feature that sets the web3 games alone from conventional games is the interoperability. Even typical or common games do not allow any draining or leaking of information with any other game. But web3 games is astute with protocols that allows the cross-compatibility of using the in-game assets in various platforms.

Freehold of AssetsIn web3 games players can trust the platform and invest because the in-game assets when won by the players they can possess them permanently. Unlike the traditional games, the technology entirely favours the players by providing ownership.

Technologize the landscape of games with our amenable web3 gaming!

Talk With Our Analysts The web3 games has steered the passion and glow of gaming corporates who got used up with web2 realm. The architects of our firm are always prepared to give the exact requirement of the customers in this gaming industry. Transforming web2 to web3 gaming softwares and designs ascertains immensely skilled developers like what we have! The gaming marketplace can ensure scarcity thus promoting high sales of in-game assets which are NFTs. Also, the web3 games provides the hard core passion of gamers to establish them into a massive market.

The marketplace portal is as much as significant for the web3 games because gamers need to purchase the tokens before starting to play. The sales of in-game assets and native tokens is highly practical since it could be another way of monetizing money. Gaming marketplaces thus makes the economy to drench with more liquidity thus satisfying the users. The development of the platform stretches to only a fewer steps alike any other marketplace.

Get a quick consultation Discover our live chat

Know our tech supports! Find our masterminds in our web3 gaming project

Web3 libraries deliberately aids the game developers and technophiles in making better interaction with the blockchain platform. This is a web socket and API that support the in-game assets and transactions by interacting with the smart contracts. DApps for web3 games are developed with gaming softwares like Unity or Unreal SDKs.

The stabilization of gaming operations and functions are monitored and facilitated by smart contracts. The marketplace enables the DAO thus promoting voting mechanism and decision making authority to the gamers itself in order to make crucial decisions. Software tools like Truffle, Hardhat and Brownie will work.

Web3 providers or nodes facilitate the extrication of information related to games that are present over the blockchain. Nodes however play a crucial role in full suite of development as it aids web3 libraries to interact directly with the smart contracts.

It is common to share a wallet in any web3 based blockchain platform especially when it comes to a gaming platform. The wallet comprises of a public and private key; wallet address and password that can be tracked by the gamers. Here the in-game assets resides till it gets transferred to any other wallet.

XR hardware composed of smart glasses, gloves, scanning sensors and so on which tethers the gaming environment with the metaverse to unleash an immersive experience. Let us be your torch-bearers to develop warming web3 games!

It is possible to make even a mirage to a realistic aspect with the presence of our lucrative team and tech stacks. Our privileged team ensures that our web3 game development services will be impeccable in all the terms. Here are some hints to know why we are best:

1. What is web3 game development?

Web3 game development is building a game incorporating blockchain technologies that gives the perks to players of earning rewards. Thus game developers use web3 libraries to access and manipulate the blockchains.

Web3 games are blockchain-based games that allow the players to own their in-game assets as well as procure premium rewards by NFTs and cryptocurrencies.

Polkadot founder and Ethereum co-founder Gavin wood coined the web3 term and publicly represented it as the decentralized online ecosystem based on blockchain. 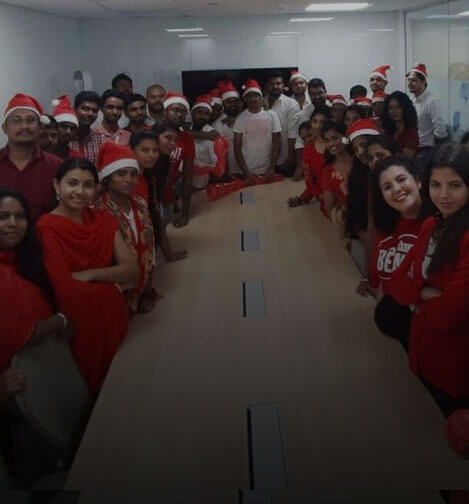